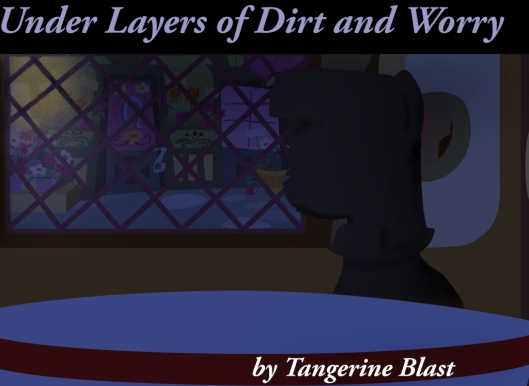 It had been a long day of saving the world, and the usually perky pony wanted nothing more than to collapse into bed.

Pinkie was fine. She just needed to sleep.

FROM THE CURATORS: As FanOfMostEverything points out in this week’s nomination (and Tangerine Blast alludes to later on in her interview), every idea has been done before; it’s the execution that matters. “The hero’s family grappling with the fact that one they love is risking her life is hardly a new idea in fiction; it’s who’s involved that makes this one shine. After all, Pinkie Pie as the imperiled hero? Maud as the hand-wringing family staying up past midnight waiting for her to get home? Now we’re getting somewhere.” AugieDog chimed in to praise the juxtaposition of the premise and the setting too: “It’s one of my favorite sorts of story, actually, the sort that the late, great comic book writer Steve Gerber called the ‘what do you do the day after you save the universe?’ story. This expands on that idea to ask, ‘what do the people around you do the day after you save the universe?’ and that’s a very effective question to ask, especially in the My Little Pony universe.”

A large part of the success of this particular execution of this particular idea has to do with the author’s character work. “This is a striking, unique portrayal of Pinkie, Maud, and their relationship, with some very interesting ideas at play,” said Soge; “Maud is an extremely difficult character to write correctly, but I think this author has done just the thing, and found a unique role for her in doing so. Her frustration at her own inability to ‘properly’ comfort her sister is relatable,” said Present Perfect; “Not only is Maud a hard character to write well, but Pinkie is, too, and the two of them interacting just about creates a third character who is also difficult to write well. Add Mrs. Cake to the mix as the quiet voice of experience, and the story pretty much hits all the character bases that it’s aiming for,” said AugieDog.

But good character work is not enough, and the curators appreciated the story’s other strengths. Horizon pointed out that “this has some lovely and memorable details, like Pinkie falling asleep in the tub, and it’s centered around a compelling problem rarely covered.” Present Perfect also enjoyed that “the source of Maud’s worry is something that’s rarely tackled in either the show or fan fiction.” And FanOfMostEverything summed things up well when he said, “The layers of nuance at work, the sibling bonding, and the resolution make this a much deeper story than its length would indicate.”

Read on for our author interview, in which Tangerine Blast discusses being like Twilight, the slow percolation of inspiration, and fresh perspectives.