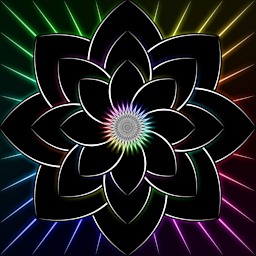 Twilight Sparkle conducts an experiment and succeeds in obtaining an unusual flower with some intriguing properties.

What it could teach her, however, might prove to be more than she bargained for. She finds herself having to face surprising — and maybe frightening — new possibilities about the universe. How does it work? What is ‘real’, exactly? And why are these suddenly such uncomfortable and challenging questions for her?

FROM THE CURATORS: You might think that a story with such an epistemological description would rise and fall on the strength of how it tackled those questions — and Black Lotus certainly delivers on that score.  “This offers a really nice layman’s look at its central philosophical problem,” Horizon said. “Also nice was the way in which those questions were modified to address Equestria’s magical reality while still staying relevant for Earth readers. I’m always happy to throw a thumbs-up to something that can illuminate while it entertains.”

But Horizon was in the minority in focusing his praise there: the rest of us kept finding other things to appreciate.  “What makes it work is it’s not just two ponies discussing deep philosophical concepts,” Present Perfect said.  “The connection between heart and mind is every bit as important to the story as the true nature of reality.”  For his part, Chris enjoyed the writing: “The author has a lovely, almost lyrical writing style,” he said.  “The reason I liked the first chapters so much was because Winston managed to keep Twilight’s actions and concern opaque without being frustratingly coy, and without being dull.”  And AugieDog appreciated how the story stayed authentic to the show and the characters: “I quite like the way this one unfolds, especially the way it starts from an episode and posits how Twilight might naturally have reacted to said episode.”

While that show grounding was excellent, we kept returning to the characterization in our praise.  “Even better than the unfolding is how Twilight decides to deal with the things she discovers during the course of the story.  This is our Twilight through and through,” AugieDog said.  Chris agreed: “Luna’s advice may have been very much what I expected, but I liked the way Twilight reasoned — and reacted to what she reasoned.” Those reactions brought the story to a strong and unexpected close.  “Most telling, I think, is what Twilight ends up doing with the lotus,” Present Perfect said.  “That’s some powerful symbolism there.”

Read on for our author interview, in which Winston discusses black bodies, first Firsts, and empirical testing of the Tantabus.
END_OF_DOCUMENT_TOKEN_TO_BE_REPLACED