Dig into today’s story for a rousing archaeological epic. 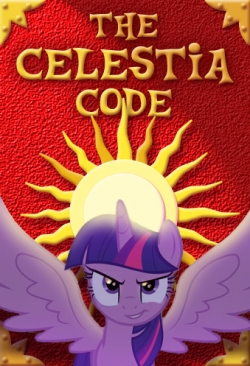 Princess Twilight Sparkle discovers a centuries-old mystery hidden in the Royal Archives. Her investigation leads through layer after layer of deception and misdirection, setting her hooves on a path that seems to be leading to a mysterious secret. Along the way, she learns that some friendships can be very, very strange.

FROM THE CURATORS: Despite its title, this story is “mostly not a Da Vinci Code crossover,” Chris noted.  “What it is is a history-delving adventure, with some touches of mystery and romance on the side.  The result is a story which is often funny, full of forward momentum, and — after a bit of unfocused jumping in the first chapter or two — settles into an engaging mix of action and history.”

Not only engaging but memorable: it’s not often that we stop debate to reminisce about the story’s great moments, but those filled our thread.  “What an amazing battle scene in Chapter 22,” Present Perfect said, while Horizon paused his reading after Chapter 8 so he could comment: “Goddamn but that was a glorious chapter.”

We all cited different elements in our search for what made it exemplary, which was a sign that The Celestia Code got a lot of different things right.  “It compellingly wove together a lot of big ideas, and the worldbuilding felt effortless, which is generally a sign of a huge amount of work behind the scenes,” Horizon said.  Present Perfect appreciated the characterization: “You’ve got a well-voiced Twilight who grows as a character over the course of the story.”  While Chris agreed — “Twilight is quick with a quip as narrator, and the vibrantly unique voices used throughout breathe life into the story” — he focused on the bigger picture: “It’s a fast-paced story which is easy to follow despite its mystery elements, and which is funny, clever, and exciting in equal measure.”

That solid execution carried it through some rough spots (such as a lackluster romance subplot) to earn a well-deserved feature.  As Horizon put it, “this is a novel of big ideas, magnificent setpieces and brilliant moments — a summer blockbuster of a ponyfic.”

Read on for our author interview, in which iisaw discusses pony motivations, coyote nomenclature, and the heartbreak of spousal “Best Pony” disagreements.
END_OF_DOCUMENT_TOKEN_TO_BE_REPLACED