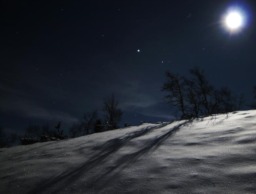 Even in our darkest moments, the stars shine coldly down — distant and remote, but bright in the blackness. Refuse them, shut them out, and they remain. Let them in, and they may convince you of the warmth in their embrace.

This is not a story about stars.

This is a story about people and ponies, and what they visit on each other in moments of darkness.

FROM THE CURATORS: While most of our features are exemplary because of the ways that they reflect the show we all enjoy, sometimes we run across a story that draws its power from its willingness to use pony as a lens onto far darker problems.  “This is not an easy story to read,” Present Perfect said in his nomination.  “It deals with a difficult topic, but unfolds it in a way that is insidious, pervasive, and excruciatingly gentle, up until it kicks you in the teeth.”  We quickly reached broad agreement on its quality.  “It manages to establish a nice balance between sadness and melodrama, talks about trauma without glorifying it, and despite the bleakness of the situation, it ends on a good and positive note,” Soge said.

For AugieDog, it was that emotional balancing act which tipped the scales toward a feature.  “It’s the protagonist’s initial anger toward the unicorn that really makes the story,” he said.  “She wants to be tough, capable, realistic, not needing any unicorns … but finds a different kind of toughness: the toughness that doesn’t turn away a unicorn’s help.”  Both main characters’ portrayals were hard-hitting, Chris said: “The unicorn’s matter-of-fact declaration about giving and taking is something wonderful, a credo delivered with such certainty when most it’s needed. … This is a harsh piece of writing, as anything that tackles this subject would have to be, but the way it doesn’t flinch away from the toll taken on the girl feels necessary rather than exploitative.”  And Soge noted the power of the raw premise: “There are a lot of metaphorical implications of meeting a unicorn after that particular situation, and I’m glad to see the ways the fic explored that.”

Beyond its quality, much of our discussion centered on the fact that “this is almost non-pony fiction,” as Present Perfect put it.  “Outside of a reference to two royal pony sisters, it looks like urban fantasy.”  And ultimately, for a majority of us, quality won out.  “I don’t know that this is a great fanfic per se, but it’s a great story, and the fact that it’s presented as fanfic doesn’t harm that story,” Chris said.  “In the end, I’m going to have to come back to Benman’s ‘Aren’t we here to spotlight the coolest shit our community has done?’ standard; this could be published in any fantasy magazine right now, with zero changes to the text.”

Read on for our author interview, in which AShadowOfCygnus discusses Boswell watersheds, anachronism stewpots, and poking holes in the world.

I understand Boswell is considered something of a watershed.

Kidding aside, you’ve all read enough of these by now, you know what to expect: old enough to know what’s right, young enough not to choose it; clever enough to get what he wants, and dolt enough to lose it.

Anything more than that and Present would accuse me of telling where I ought to be showing. :P

Ha, there’s one I haven’t been asked in a while. I could go on for paragraphs about why names are important and why I stick with this one even though it’s old and dragging and vestigial and starting to smell, but I’ll leave you with a simple recipe instead:

Take one part loveable ow-the-edge to two parts my-name, simmer over a nice boredom till comfortably lukewarm, then add a few tablespoons of Canadian prog rock and garnish with the cosmological significance of black holes. Refrigerate. Serve cool. Cut off anything that wiggles.

Seven years on and we’re still chasing our tails over this? Handled well, they’re all beautiful creatures, with depth and nuance and passions and terrors and deeply personal struggles you can lose yourself in. You can love them, you can hate them, you can aspire to emulate them, you can fear everything they represent in the kind of people they are.

And actually, I think I’ll touch on that last one, since I suspect it’s raising the most eyebrows. Not wishing to get into thesis territory with this, but Rainbow Dash is my favourite tragedy. Never have I ever seen a character so beautifully embody the idea of racing yourself to a finish line you can’t even find. If this were the kind of show that allowed it, she’d already have touched the sun while trying to run from the ground — and then burned up on re-entry.

I liked the gestalt of S1-2 the best of anything the franchise has had to offer thus far — yes, I’m one of those people, stop rolling your eyes — but I suppose the one that springs most readily to mind is ‘Party of One’. It was the first one that really struck it home that there was more than heart-melting warmth and sweetness to these characters, and actual depth of adversity to be had.

Even today, it’s still the first episode I point people interested in the show towards. And even those who don’t end up watching more than that tend to agree it’s worthwhile in its own right.

A complete and complex world, chock-full of history and wonder and unanswered questions, well-developed and populated by deep, uniquely-crafted characters from top to bottom. It rivals the best of Planescape, or the Star Wars EU, for being able to show us both the moments that change the course of its universe’s history and those that are deeply personal to a handful of characters, and to be well-disposed to doing both well.

That, and I’ve always been a sucker for the kind of pastoral, semi-mythological post-medieval setting they kept more to in the first two seasons — kingdoms and cottages and magic and marvels, with the occasional dip into the anachronism stewpot to spice things up a bit.

Oh, to explore, mostly. Looking at, craning around, turning over, picking across, ploughing through, wading into, etc. Sometimes — as with Cold Light — it was to scream. But overall it’s more about poking holes in the world I’m working with and seeing what comes out to shake its little fists at me. And then, if I’m really good, turning around and pointing it out to the curious crowd that’s followed me up to this point.

‘A man’s gotta know his limitations.’ You’ll know whether or not you’re capable of telling the story you want to, in your heart of hearts. If yes, doubt and/or fixating on the featured box are going to be your worst obstacles; if no, then trying to push through on bravado alone will bite you hard, and you will have earned it.

If you have to ask …

How do you see the unicorn we meet here fitting into the Equestria we know from the show?

Heh, I left a couple of little hints to it there in the text. Suffice it to say, she came to be sometime before Celestia and Luna saw through their endgame, whatever it is/was, and is still around to do her wandering ‘a long time’ afterward.

In the deeper sense of ‘fitting in’, though — well, that’s always tough. One imagines it takes a particular kind of mare to turn away from all that Equestria has to offer and choose the Planes instead.

Did you find it difficult melding such a “reality-based” story idea with something as “fantasy-based” as My Little Pony?

Oh, yes and no. There’s a reason the Girl was human (or adjacent to it; as PP pointed out, I did forget the proper tag), and not one of our beloved Mane Cast, because there are some things I admit it’s just too hard to write. And the Unicorn had to be a unicorn for the mythology to work.

On the flip side of that, really, it just boils down to them being characters. You can drop most characters into a situation, four legs or two, and they’ll react organically and believably to it from there, if you let them.

At its heart, what you have here is someone who is in world-shattering pain, and someone who feels that pain and is quietly going frantic trying to find some way to help. We’ve all been on one end or the other of that, and those unlucky enough to have been through this particular iteration know there’s usually a lot of misery and self-recrimination from everyone involved and not a lot of resolution.

For what it’s worth, I’m still not happy with it. I think there are hitches in the internal logic, and I feel like there are still things that needed to be said or realised or explained by the Girl for the whole thing to work, that aren’t. And maybe that’s just me projecting my own needs onto it, and maybe it’s because I had to counterbalance that with the next point:

Talk a little about getting a message across without being preachy.

Aaaand I see whoever put this together was reading through the comments section. ;P

I don’t claim to be any kind of expert on this, because I always feel like I come off preachy. But I think the important thing is knowing exactly when enough is enough — when you’ve transgressed from meaningful to gratuitous, and the story is actually suffering for bearing the cross you’ve dumped on it. And it only gets harder when that cross is a big weighty thorny thing already, and you’re trying to convince people that something about it warrants closer examination. See above: don’t try if you’re not convinced you can do it justice.

Other than that, I guess the only other thing I can offer is that the message should underlie the story, not the other way around. Kind of a spin on the ‘telling vs. showing’ thing, right? You can have sexually-identifying-as-an-attack-helicopter Pinkie Pie shouting ‘HOMOPHOBIA IS WROOOOOONG’ before machine-gunning ten racists, or you can have a story where a gay couple features prominently and nothing is made of it beyond the fact that they are two people in a relationship (who happen to be watching a whirring Pinkie Pie shooting ten Diamond-Dog slavers or something).

Maybe that’s the key, now that I think about it — your characters should always be people first, and mouthpieces for ideology (for or against) second, if at all.

I also have a YouTube channel, if you’d rather it be my voice and not my writing that put you to sleep tonight. (Here all week, try the veal.)

Seriously, though, thank you to everyone involved with this nomination. I’m incredibly honoured, utterly bewildered, and my writing does not warrant this in the slightest. Thank you.

You can read Cold Light at FIMFiction.net. Read more interviews right here at the Royal Canterlot Library, or suggest stories for us to feature at our Fimfiction group.